For some reason, I have felt that my job in Japan is to torture my body. Hahahaha! But truly, living here has forced me to reassess what I have believed my body capable of. 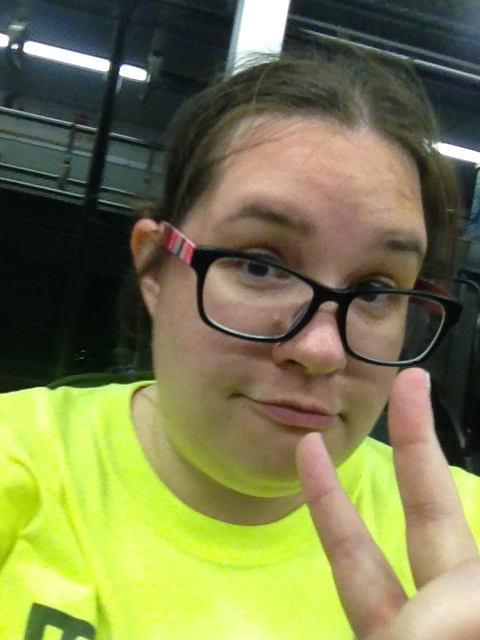 Yamathon is a marathon only in name really. A marathon is normally 26 miles, but the Yamathon is (if you follow the train tracks exactly) a 21.4 mile walk along the Yamanote Train Line Loop in Tokyo.

The Yamanote Line opened first in 1885 and services nearly 3.68 million people everyday which is roughly a million less than the New York City Subway but a little bit more than the London Underground.

29 stations make up the Yamanote Loop

Yamanote literally refers to the inland, hillier districts or foothills. The Line is considered the innermost part of Tokyo and connects most of Tokyo’s major stations to the urban centers.

The Yamathon’s tagline is “4 people. 29 stations. 12 hours.” The marathon is a fundraising challenge where teams run or walk to all 29 stations of the Yamanote Loop in (hopefully) under 12 hours. We made it in 14 hours and 2 minutes. If I counted in blisters the numbers would be much higher! Each team pays about $80 to participate and the money supports Oxfam Japan to find solutions for global poverty and injustice.

This year the Yamathon raised 2 million yen with 133 teams or 480 participants. My team ACED the Loop (an acronym of the first letter of my and my teammate’s first names) came in at 120 which isn’t bad!!! I was proud of us considering we were down two members by the time we crossed the finish line.

Teams are encouraged to prepare a route through the city backstreets via shortcuts before the event starts so that they shave time and distance off the walk. This was everyone on my team’s first time so we just winged it and followed the line mostly. That led to our walking the entire loop unless we happened upon another group who knew their way around better. 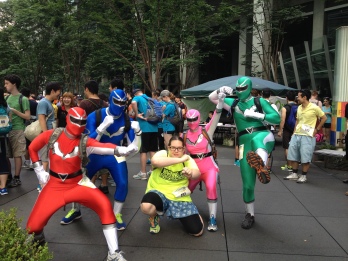 In order to prove that you stopped at every station, your team is suppose to take a picture at each stop. Toward the end, this became really painful because once you stop, it’s hard to start again. Not to mention, there the station of your salvation is, right before you, every time. I don’t remember there being a station after 16 that I didn’t think, “the train is RIGHT THERE!!! AAARRGGH!” Hahahaha! 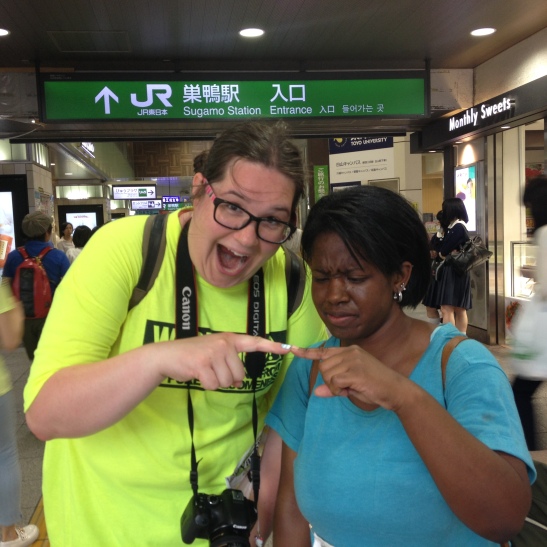 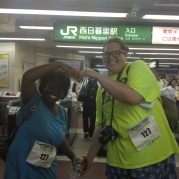 My feet have slowly recovered from their ordeal. They were rather badly swollen by the time I finished and I had pretty horrendously sized blisters that prevented me from wearing shoes for three days. I’m such a pansy! 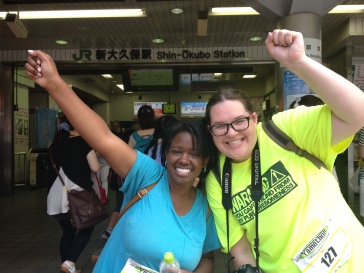 Ultimately, this was the longest walk I’d taken since Mt. Fuji and the strength of my will really startled me. I felt proud when I crossed that finish line and I still feel proud about it now. That’s what matters right? I came to Japan to learn about myself and I will continue to do that when I leave this country in twenty-some days. Are you ready for the Return of the Erica? I know I am! Hahahaha! 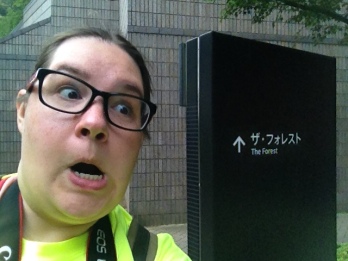 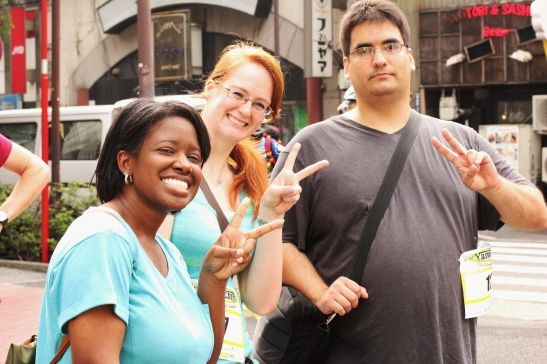 2 thoughts on “Yamathon: Another Lesson in Endurance”