Me and my favorite animal

Last week Alma, Joshua, Hayley, and I went to a Ueno Zoo in Tokyo. I had not realized I was so remiss to have forgotten to finish and post my blog about this trip! We had a lot of fun! 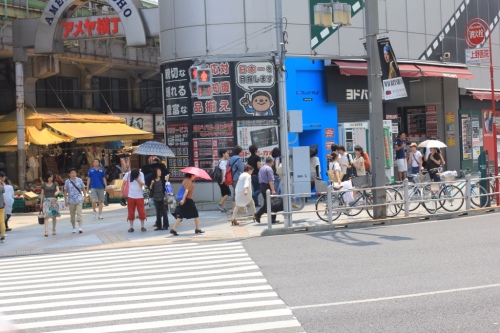 We had to go through a HUGE park, consult a map, and enjoy some music on our way to our destination. At this point we were already hot of course, but something's are worth getting sweaty for…

I'm always taking pics from the back

A temple near the park somewhere

That's where we were

Tried for a video, but this will do

This zoo was like any other zoo accept it has pandas. Two even! The last time I saw pandas was when I went to visit Lindsay in Virginia.

He was always eating! 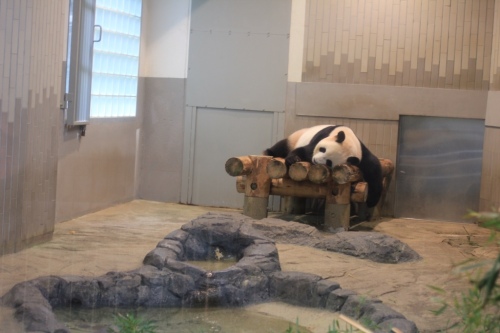 Pandas were of course one of the highlights of the trip, but so too were these penguins. 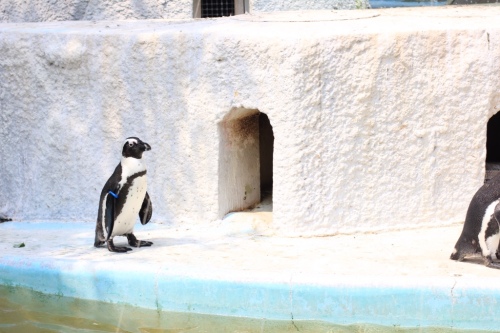 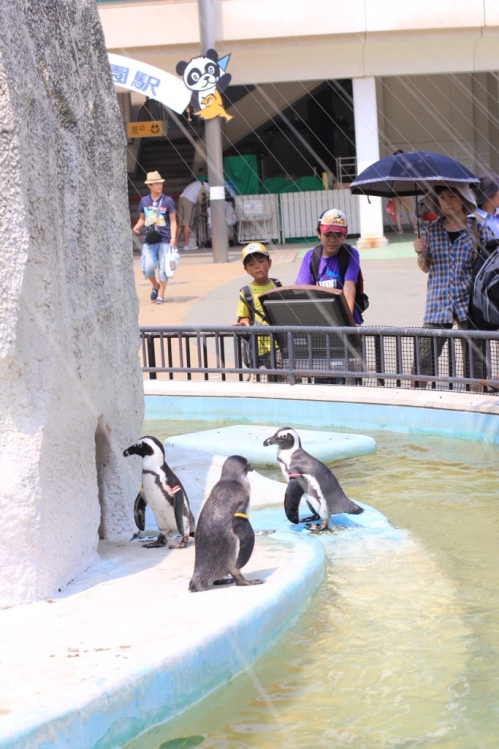 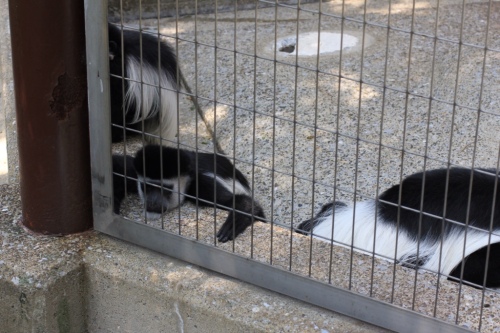 Too cute of a pose

Alma and the giant emu statue. I'm pretty sure that's what that statue is of. Do you know, I find it very strange for some reason that huge birds lay eggs. I don't find it odd that dinosaurs did or that dragons do…so why do birds of a large size still surprise me?

I've almost decided that I should at some point in my life own a mere cat…look at how cute he is! I wonder if Timone likes to cuddle? 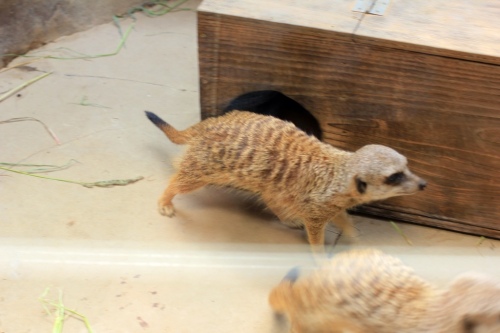 Red pandas are Hayley's favorite animal, so it was cute to see her reaction to them.

They had a cool I closure that was relatively open at the top. When we walked around the ramp to the zoo's upper level of sorts, I got some cute shots.mall the animals seemed super hot, which of course made me a little sad. Granted I was with them just without the extra hot fur.

These crows were EVERYWHERE! And ginormous too. 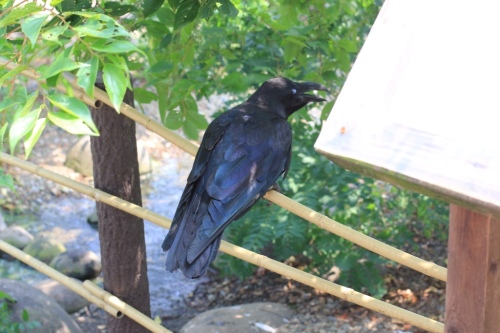 One of the most beautiful spots was this field of lotus blossoms. It was such fun to expirament with taking pictures here. 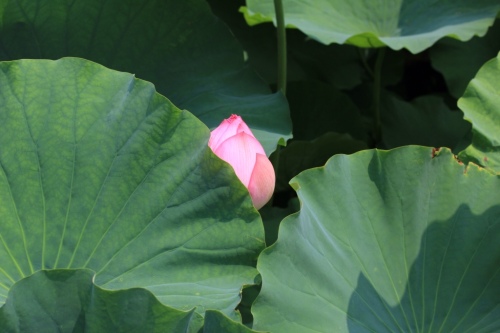 I also learned the word for dragonfly just the day before or so and thus shot this picture with an accompanied cry of, “tonbo!” lol everyone is very indulgent and encouraging. I often feel very childlike as if learning to read all over again instead of as a second language. I enjoy the feeling though because it helps me understand another view of the world that I have forgotten. 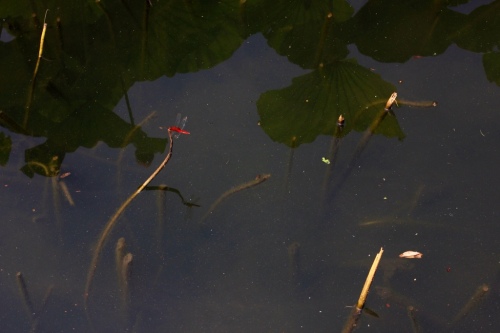 I got a few nice pictures of their things too! Seals for instance, elephants, giraffes, and this thing called a shoebill. It had such lovely silver eyes. 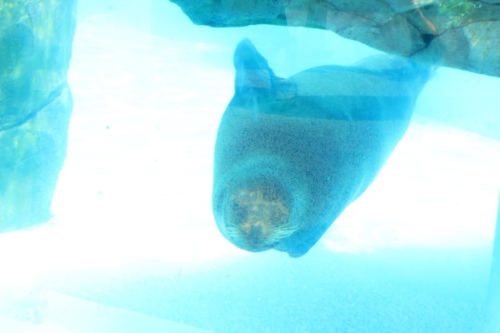 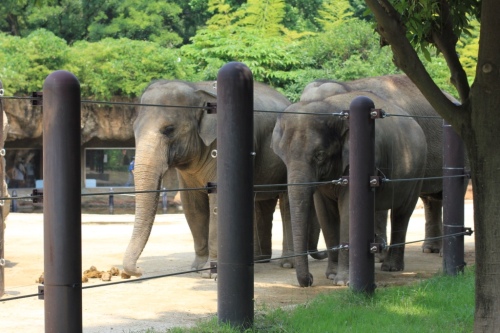 A beautiful tiger and see if you can spot the fox. 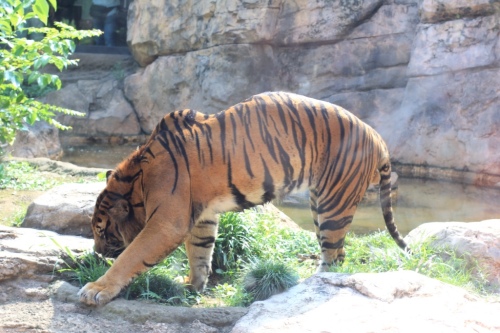 Last but not least, was the polar bear. These pictures are most likely my favorite ones I have ever shot of an animal. 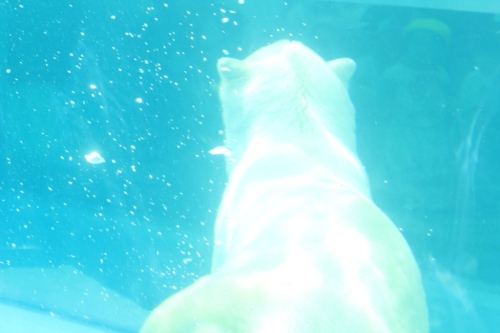 Here are four new species that I'm sure you don't currently have in America mostly because these are the only ones that exist. 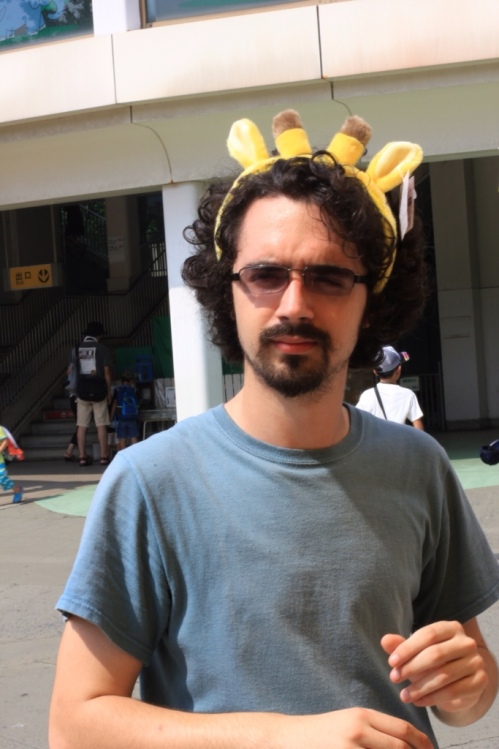 We met some gang goats. Alma decided to be their don.

This is a picture for Jenny. It made me think of you while I was at the zoo!

And this is for Britney. 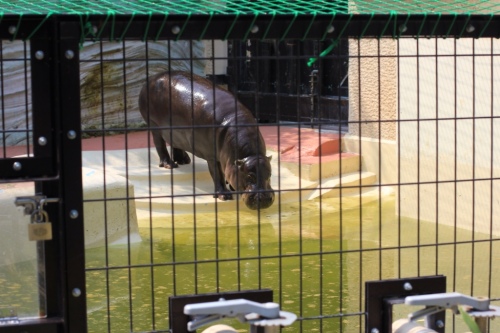 Me fighting off sun burn!

Josh caught me putting sunscreen on

Sorry this was so late, but I hoped you enjoyed it! What's your favorite animal?